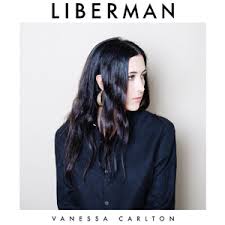 Liberman is the fifth studio album by American singer-songwriter Vanessa Carlton, released on October 23, 2015, through Dine Alone Records. It is the follow up to Carlton’s 2011 album Rabbits on the Run and marks her first release since signing with Dine Alone Records. The title of the album comes from an oil painting made by Carlton’s late grandfather, whose given surname was Liberman

Following the 2011 release Rabbits on the Run, Carlton took time off to get married, start a family and write another album. She tellsCBS News that these changes in her life are reflected in Liberman’s songs and that she “wanted the whole album to feel like an escape type of album, where you put it on and you feel like you’re in this dreamy state.”

Liberman received mostly positive reviews from music critics. At Metacritic, which assigns a “weighted average” rating out of 100 from selected independent ratings and reviews from mainstream critics, the album received a Metascore of 77/100, based on 6 reviews, indicating “generally favorable reviews.”