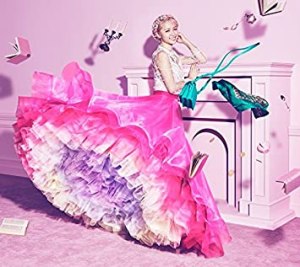 “Try Everything” is the second solo single released by Dream member Ami as Dream Ami. It was released in three versions: a CD+DVD edition, a CD only edition, and a one coin edition. The one coin edition was sold only on E-girls FAMILY OFFICIAL CD/DVD SHOP, LDH official mobile CD/DVD SHOP, and on the mu-mo store. The title track is a cover of the Shakira song of the same name and was used as the theme song for the Japanese version of the film Zootopia.

The title track was pre-released on April 15th digitally.

📚 Nova Leitura 2022/ 2️⃣0️⃣: "O Último Xeque-Mate" de Gabriella Saab
"You’ll learn, as you get older, that rules are made to be broken. Be bold enough to live life on your terms, and never, ever apologize for it. Go against the grain, refuse to conform, take the road less traveled instead of the well-beaten path. Laugh in the face of adversity, and leap before you look. Dance as though EVERYBODY is watching. March to the beat of your own drummer. And stubbornly refuse to fit in."