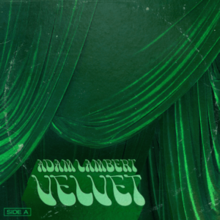 Velvet: Side A is the fourth extended play (EP) by American singer Adam Lambert, released through More Is More and Empire Distribution on September 27, 2019. It is the first of a two-part release that together will comprise Lambert’s fourth studio album Velvet, with Side B expected to follow within several months. The lead single, “Superpower”, was released on September 4, 2019.

📚 Nova Leitura 2022/ 2️⃣0️⃣: "O Último Xeque-Mate" de Gabriella Saab
"You’ll learn, as you get older, that rules are made to be broken. Be bold enough to live life on your terms, and never, ever apologize for it. Go against the grain, refuse to conform, take the road less traveled instead of the well-beaten path. Laugh in the face of adversity, and leap before you look. Dance as though EVERYBODY is watching. March to the beat of your own drummer. And stubbornly refuse to fit in."