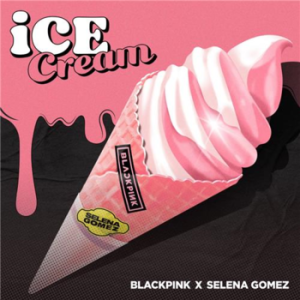 “Ice Cream” is a collaboration digital single by BLACKPINK and American singer Selena Gomez. It was released on August 28, 2020 as the second pre-release single from the group’s first studio album, The Album.

The single was first announced on May 17, 2020 along with the plans for BLACKPINK’s three-part comeback, as a “special kind of a new song”, to be released between July and August.