A compelling speculative mystery by one of Japan’s greatest writers. Hat, ribbon, bird, rose. To the people on the island, a disappeared thing no longer has any meaning.

It can be burned in the garden, thrown in the river or handed over to the Memory Police. Soon enough, the island forgets it ever existed. When a young novelist discovers that her editor is in danger of being taken away by the Memory Police, she desperately wants to save him.

For some reason, he doesn’t forget, and it’s becoming increasingly difficult for him to hide his memories. Who knows what will vanish next?The Memory Police is a beautiful, haunting and provocative fable about the power of memory and the trauma of loss, from one of Japan’s greatest writers.

“STAYIN’ ALIVE” is the 39th single released by JUJU. The title track was used as the theme song for the NTV drama Top Knife.

Changes is the fifth studio album by Canadian singer Justin Bieber. It was released on February 14, 2020, by Def Jam Recordings and RBMG serving as the follow-up to Purpose (2015). The album contains features from Quavo, Post Malone, Clever, Lil Dicky, Travis Scott, Kehlani, and Summer Walker, with production including Adam Messinger, The Audibles, Boi-1da, Harv, Nasri, Poo Bear, Sasha Sirota, Tainy, and Vinylz, as well as Los Angeles Lakers center and 2x NBA Champion JaVale McGee. It is primarily an R&B album, with influences from electro-R&B, pop and trap.

For additional promotion of the album, Bieber’s 10-episode docu-series, Justin Bieber: Seasons premiered on January 27, 2020. The series was described as an in-depth look on his musical creation process. On February 8, 2020, Bieber performed his first Saturday Night Live performance in seven years. Changes will also be supported by the Changes Tour.

The album debuted at number one on the Billboard 200, making it Bieber’s seventh US number-one album. However, its first-week sales of 231,000 album-equivalent units was considerably less than the first-week sales of Purpose in the US, which sold 649,000 album-equivalent units. Upon release, Changes was met with mixed reviews from critics, the majority of whom criticized the lyrical content, lack of variation, and emotional maturity, while some were favorable towards Bieber’s vocal performance and the album’s production.

El Dorado is the first studio album by Ravi. It was released on February 24, 2020 with “Rockstar” serving as the album’s title track.

“One & Only” is the first special single album by ASTRO. It was released on February 23, 2020 to celebrate the group’s 4th anniversary. 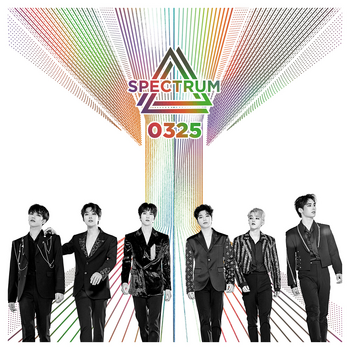 “0325” is the second single album (mislabeled as their fourth) by SPECTRUM. It was released on February 24, 2020 with “Showtime” serving as the single’s title track.

“Kokoro Somali” is the eighth single released by Minase Inori. The title track was used as the ending theme for the anime Somari to Mori no Kamisama.

Yui Ogura brings a song for Valentine’s Day! All produced by herself.

Everything Changes is the second studio album by the English singer Alice Jemima. It will be released on October 18th, 2019, under Sunday Best records.

I'm right about it.