Kristin Chenoweth will pay homage to her biggest influences on her upcoming studio album, For the Girls.

“I really wanted to pay homage to all the women singers who have influenced me over the years,” Chenoweth said in a press release about the record. “I wanted to make something that men could also enjoy, but this is by the girls and for the girls. These songs have all stood the test of time, and most of them are songs that I grew up listening to. It was a little intimidating, because people like Judy, Barbra and Dolly are the people who made me want to be a singer in the first place. I wanted to pay homage to these women and do them proud, but I also wanted to put my own stamp on it. And I think I was able to do that.”

Several collaborations will appear on the record, with Ariana Grande, Dolly Parton, Jennifer Hudson and Reba McEntire lending their voices to different songs. To give a taste of what to expect, Chenoweth debuted her collaboration of “I Will Always Love You,” featuring Parton.

“‘I Will Always Love You’ is a song I’ve loved since I was a child. I used to think, ‘One day I’m going to sing that song.’ Little did I know that I’d get to sing it with the queen herself,” she explained to ETonline.

Fans will be able to get their hands on the legendary album when it releases on September 27.

“Cinema” is the first mini album by Kim Min Seok.

The last couple of years singer-songwriter Emelie Hollow has combined writing music for herself and for other artists. Some might know her from Alan Walker’s song Lily, which that has over 50 million streams on Spotify.

Emelie Hollow is now releasing a taste of her own music. Her new single HE is from her upcoming EP Hear It Out Loud, which will be out in September. She states that “the song is basically about love and all sides of it.” 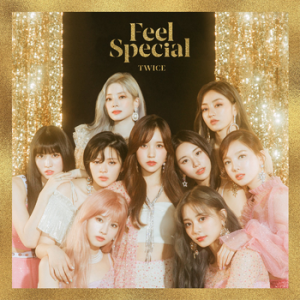 Feel Special is the eighth mini album by TWICE. It was released on September 23, 2019 with “Feel Special” serving as the album’s title track.

Mina participated in the album’s production but will be sitting out of its promotions as participation in activities would be selective due to her recovery from an anxiety disorder.