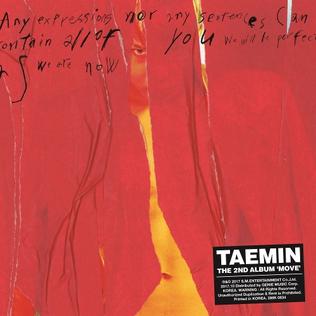 Move is the second full length studio album by Shinee’s Taemin. The album consists of nine tracks including the title track of the same name, “Move”. It was released digitally and physically on October 16, 2017, under the seal of the label S.M. Entertainment and distributed by Genie Music. A Korean version of Taemin’s Japanese single, “Flame of Love”, also appears on the album.