Xinran takes her readers to the heart of modern Chinese society in this delightful and absorbing tale of three peasant girls getting to grips with life in the big city.

The Li sisters don’t have much education, but one thing has been drummed into them: their mother is a failure because she hasn’t managed to produce a son, and they themselves only merit a number as a name. Women, their father tells them, are like chopsticks: utilitarian and easily broken. Men, on the other hand, are the strong rafters that hold up the roof of a house.

Yet when circumstances lead the sisters to seek work in distant Nanjing, the shocking new urban environment opens their eyes. While Three contributes to the success of a small restaurant, Five and Six learn new talents at a health spa and a bookshop/tearoom. And when the money they earn starts arriving back at the village, their father is forced to recognize that daughters are not so dispensable after all.

As the Li sisters discover Nanjing, so do we: its past, its customs and culture, and its future as a place where people can change their lives. 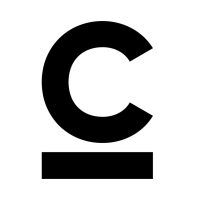