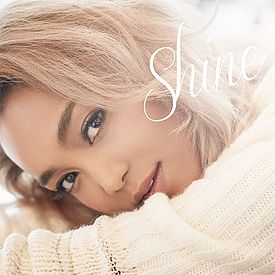 The album feature the singles “Kimi ga Ita Kara” and “REVOLUTION” (her collaboration with Namie Amuro), as well as the digital single “Nando Demo.” The B-sides “THE LIGHT” and “Shooting Star” are also included on the album, as is the previously released PKCZ remix of “REVOLUTION”, which features SWAY.

“Shine” also sees Crystal collaborating with Imaichi Ryuji of Sandaime J Soul Brothers and AK-69. Her collaboration with Ryuji is a cover of Debra Laws’ 1981 song “Very Special.” Crystal wanted to cover the song because it is related to her R&B roots. She asked Ryuji to do the duet with her after seeing his sincerity as a singer over the past year.

4.Kimi ga Ita Kara (君がいたから; Because I Had You)

9.Kimi to Futari Nara (君と二人なら; If the Two of Us)

Just a girl who loves to cook!