Miley Cyrus & Her Dead Petz is the fifth studio album by American singer Miley Cyrus. It was independently released for free online streaming on SoundCloud on August 30, 2015. Opting to produce an album less heavily reliant on computerized elements than her previous record Bangerz (2013), Cyrus began planning the project in 2013 before the latter record had been released. Work continued into 2014 and 2015, at which time Cyrus befriended and began collaborating with psychedelic rock band The Flaming Lips. In addition to The Flaming Lips, executive producer Cyrus partnered with producers including Mike Will Made It and Oren Yoel, with whom she had collaborated on Bangerz. It features guest vocals from Big Sean, who previously appeared on Bangerz, Sarah Barthel from Phantogram, and Ariel Pink.

Following her performance of the song “Dooo It!” at the 2015 MTV Video Music Awards, Cyrus announced, without prior promotion or confirmation, that Miley Cyrus & Her Dead Petz was available for online streaming; a music video for the track was premiered that evening. Cyrus was the host and musical guest during an episode of Saturday Night Live in October, and will travel for her limited-run Miley Cyrus & Her Dead Petz Tour in November and December. Music critics were divided in their opinions of Miley Cyrus & Her Dead Petz; many applauded Cyrus’ ambition and experimentation with the project, although generally agreed that the production and overall finish were lacking.

Alesha Dixon - Do It for Love (Album), music, Musica

Do It for Love is the fourth studio album by English recording artist Alesha Dixon. It was released on 9 October 2015 in the United Kingdom by Precious Stone Records. The album’s lead single, “The Way We Are” which was co-written by Dixon with Alex Jamesand Harry Sommerdahl and was released digitally on 21 June 2015. The album’s second single, ‘Tallest Girl’ was released on 18 September 2015. 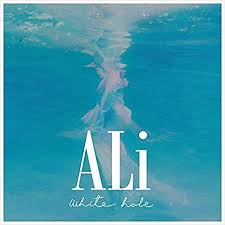 Excluding the remake “Love is Forgotten by Another Love“, she participated in all the songs as either a lyricist or a composer. Her title song “From Me, To Me“, is a pop rock genre that she’s never tried before, and she helped write lyrics for the song.

“Shining Is Blue” is composed by actor Yoo Joon Sang, “To Ma Dear” is a birthday song, and “Feel Good” is a song ALi participated in composing.