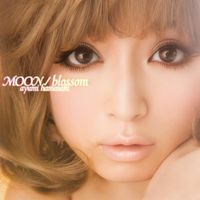 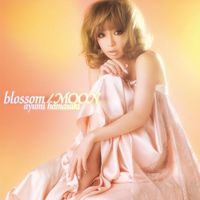 MOON / blossom was Ayumi Hamasaki’s 28th single and the first release in the “50th Single Project” . It was released on July 14, 2010 and reached no. 1 on the Oricon Weekly Charts with 70,568 copies sold. In all this single has sold over 96,490 copies. The single featured two A-sides, as well as remixes and new versions of 4 songs from Hamasaki’s previous album Rock ‘n’ Roll Circus. “MOON” was used as a CM theme song for Honda Zest Spark whereas “blossom” was used as the Zespri “Gold and Green Kiwi” CM song. “MOON” was first released as a Chaku-Uta sample for members of Ayu’s official fanclub Team Ayu with the release of the album Rock ‘n’ Roll Circus. The single was originally scheduled to be released in four editions, with a CD+DVD edition for “blossom / MOON”; however, this was cancelled as “blossom”‘s PV was removed from the single. It later reappeared on the DVD tracklisting for Hamasaki’s 49th single, “crossroad”. This single features a special edition with limited availability that was only sold in the stands of ARENA TOUR 2010 A ~Rock ‘n’ Roll Circus~.   Hamasaki stated on her Twitter that this single had no TV promotion because of her busy schedule involving a-nation 2010. The single is certified gold by the RIAJ for a shipment of 100,000 copies. Note the cover is of the blossom / MOON CD Only Edition.